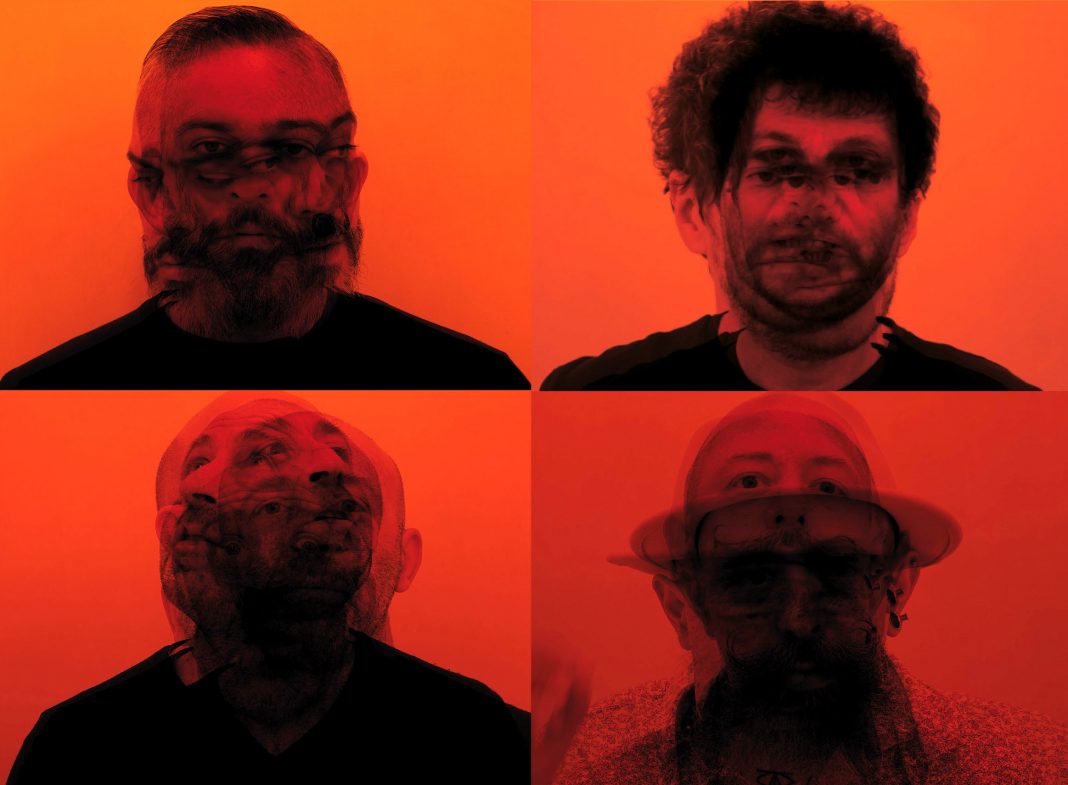 Three years after Of Grog Vim, Italian band Larsen (Fabrizio Modonese Palumbo, Marco Schiavo, Paolo Dellapiana, Roberto Maria Clemente) is back with a new album. Arrival Vibrate is out via Important Records and Cassauna. It is a tribute to the late Z’EV based on his poem by the same title hereby transcribed by Larsen‘s members into a score following the “Rhythmajick” kabbalistic musical theories by their friend and American artist Z’EV.

It documents the first live performance ever of this piece recorded at the band’s 13th of March 2018 benefit concert for Médecins Sans Frontières International at The National Museum Of Cinema in Torino, Italy, and features two different versions of “Arrival Vibrate“, one faithful to the show mixed by Larsen‘s sound engineer Paul Beauchamp and one revised and enriched by Larsen and Z’EV’s mutual friend, musician/ performer/ visual artist John Duncan (of Los Angeles Free Music Society fame).

Listen below and check our talk with founding member Fabrizio Modonese Palumbo.

Let’s Start from the new Larsen album “Arrival Vibrate”. How did the idea of the album come about and what was the path of the creative process?

In 2018 we lost two dear friends and collaborators of ours, Johann Johannsson and Z’EV. In the last year of his life Z’EV had to face the difficulties due to being a citizen of a country, the USA, without a national health system and we had the opportunity to help rise awareness of that issue by setting up, along with The National Film Museum and the Torino Seeyousound Festival, a benefit event for Doctors Without Borders, an organisation we keep in the highest esteem, and we decided to come up with a new piece to also pay tribute to our friend by applying his kabbalistic music theories to our writing.

The album is an alchemical suite tribute to the late Z’EV based on his poem by the same title. What importance did Z’EV have for your carreer and your way to think of music?

We worked with him for first time 10 years ago; he contacted us and the result was our album and performance “In V.Tro”, which I personally still put among the best Larsen works. He was a very charismatic person and a true innovator, his knowledge of tribal and ritual music and how he twisted it into his own has been higly influential to us even before we got to actually befriend and play with him, and it helped us to develop a system of sounds that was at the same time totally free but extremely focused to enrich our textures.
Il Bue (Larsen’s drummer) also released a quite mesmerizing duo album with him “No Audience” on which I had the great pleasure working as co-producer, that was released by the Torino based label Escape From Today on the day of the “Arrival Vibrate” live premiere.

I’ll answer with a quote by David Thomas “I don’t experiment, I know very well what I’m doing”. Experimental music became a genre, and as such clichèd a long time ago, whereas working outside of specific and established rules and comimg up with something uniquely personal should be the focus, it’s more of a “political” than musical attitude.

You are from Turin. I’m very interested in the connection between the places we live over the years, the territorial geography of our roots and the art. How do you feel these themes are connected to your music, your way of thinking of music?

A few days ago a friend told me that he considers me to be the resulting product of the interaction between Torino and the international artist network, and I agree with him; there are some characteristics connected to the history, the social context, the architecture and the landscape of every place that experienced, on a daily basis, contribute to forging who we are but would be sterile outside of a wider context and everchanging perspectives and possibilities, and of course music is a reflection of this dynamic.

You are also very “political” as an artist and it is something which is not common right now. Why, in your opinion, has the political role lost some weight in music? What do you think about the current hate situation in your country?

I do not agree that music is not political anymore, it absolutely is, the choice of specific structures, melodies and sounds is a political act in itself as well as the way musicians position themselves in the “market”. The musical language, the art-body, are political by default, what does make the difference is to always be aware of it, and yes, on the top of that I’m quite open and verbal about my views, I think it’s a duty for an artist not to hold back, we are citizens and we have a voice, it’s not a matter of fame but of representation and a responsability that as a gay man and member of the LGBTQI+ community I feel even more. I’m really tired of the idea of the “poet” distant from human affairs and I honestly find it quite disgusting.

We are definitely going through some difficult times. Italy is a very broken and divided country where it’s easy for hate and exploitation of fear to spread and take over; of course populistic right wings/conservative/nationalistic/discriminatory policies as those put in place by the cheat Matteo Salvini and his sycophants are about as far from mine as possible, but there is also a very civil society that is moving in the opposite direction and it is far more interesting and relevant. Millennials and younger people are very focused and determined to not let a dying old, angry, desperate system take control of their lives. Political, economical, enviromental, social choices are being questioned. 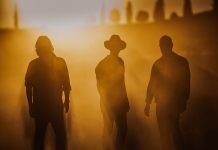 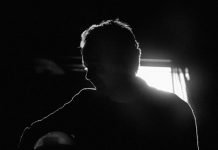 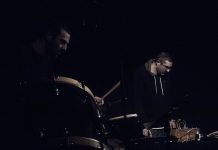 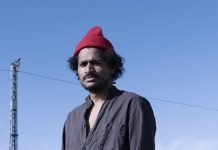 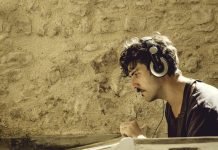