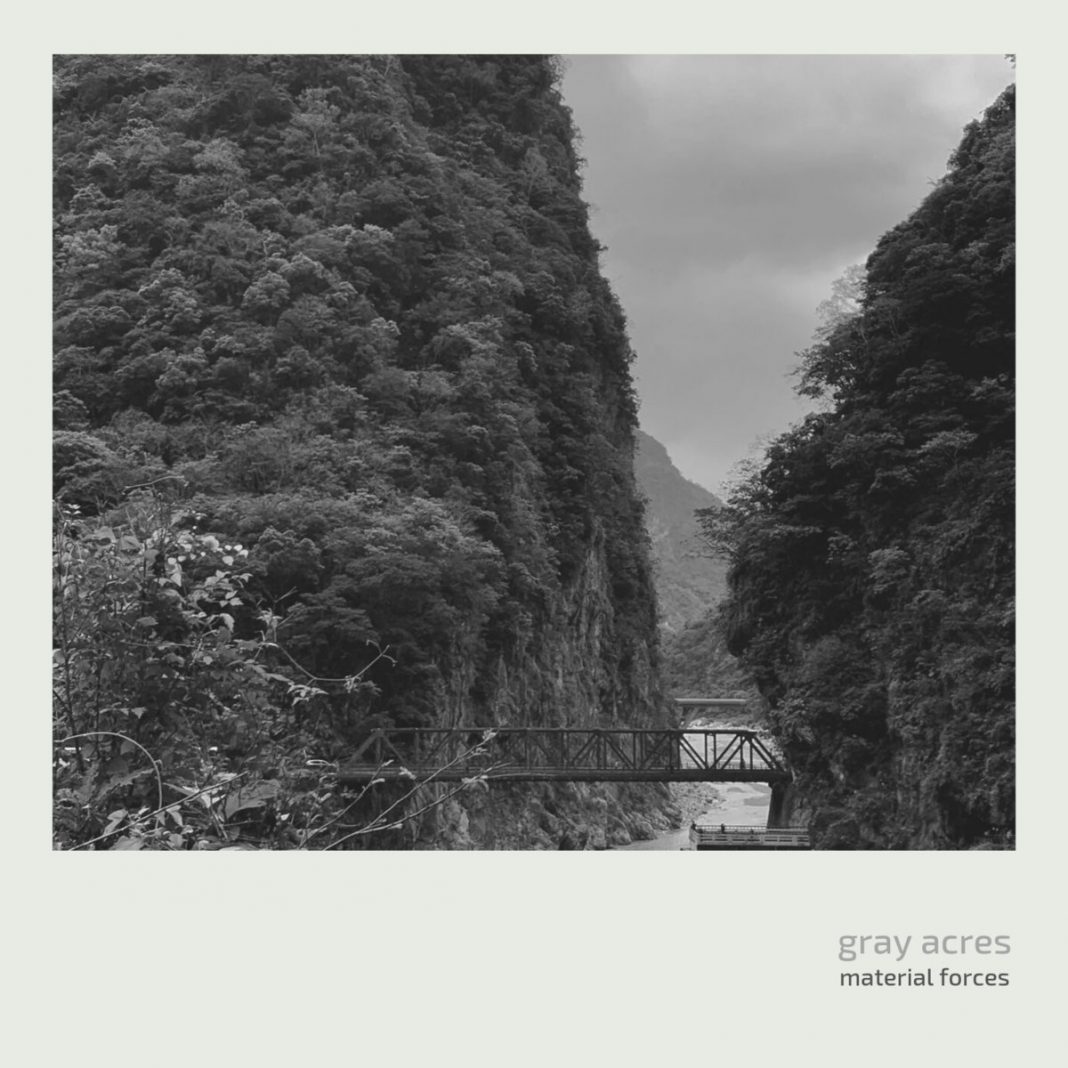 Gray Acres is the new musical project of Philadephia-based twin brothers Andrew and Michael Tasselmye, better known for the work with Hotel Neon. One year after self-titled debut album (sound in silence), they’re back with a new full-length titled Material Forces which is out now via Whitelabrecs.

According to the press release, They did not initially have a clear vision on what this record would eventually become and much of it was performed live, with limited post-production. A key element is some field recordings taken in Asia, which provided the influence for the concept as they were all selected specifically for their powerful, intense characteristics. Rushing water, thunder claps, rock, earth and other heavy materials helped inspire the title ‘Material Forces’ as these field recordings become a focal point in which the power of the natural world collide with softer, processed guitar and synth drones to mimic the undeniable beauty that is left behind by nature as it shifts and evolves.