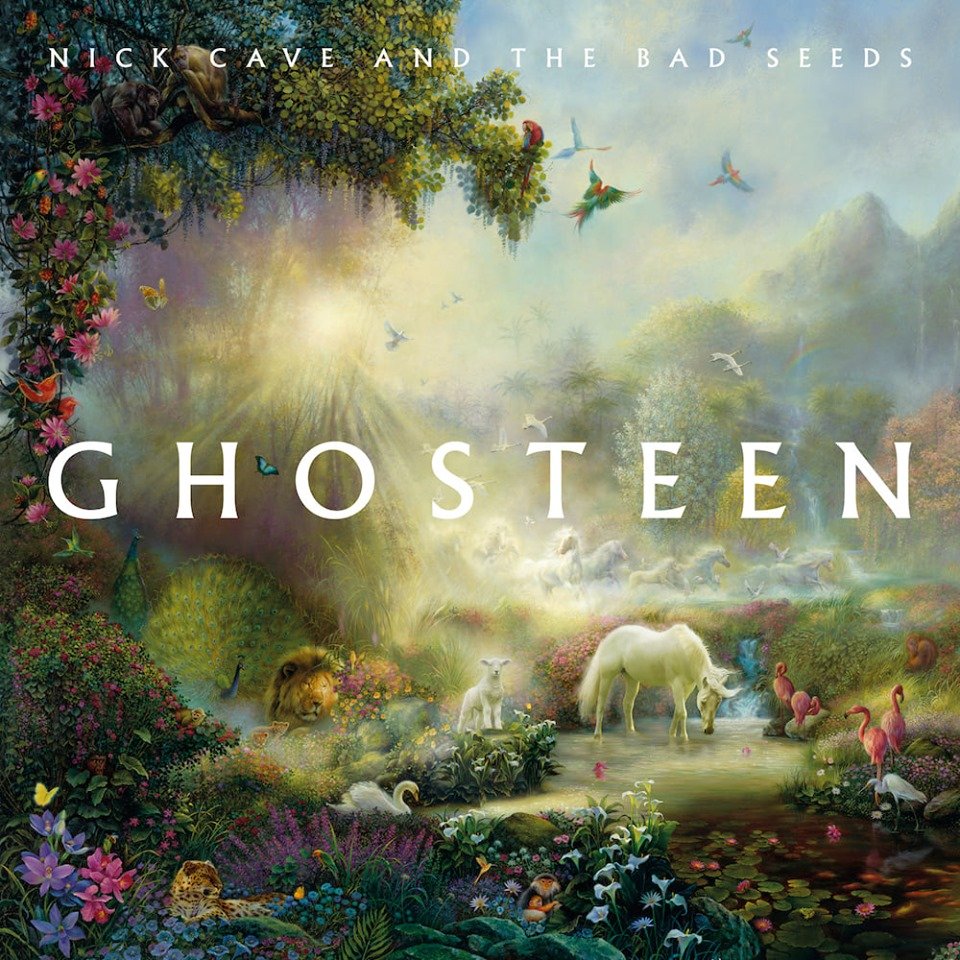 Three years after masterwork Skeleton Tree, Nick Cave & The Bad Seeds are back with a new (double) album. Ghosteen is out today digitally and on November 8th on vinyl; it was premiered via Youtube, a few hours ago, with a video directed by Tom Hingston. Eleven tracks with limitless “devastating” beauty.

The album was recorded in 2018 and early 2019 at Woodshed in Malibu, Nightbird in Los Angeles, Retreat in Brighton and Candybomber in Berlin. It was mixed by Nick Cave, Warren Ellis, Lance Powell and Andrew Dominik at Conway in Los Angeles. Nick Cave says: “The songs on the first album are the children. The songs on the second album are their parents. Ghosteen is a migrating spirit.”

Full streaming is also available via Spotify. Listen below.