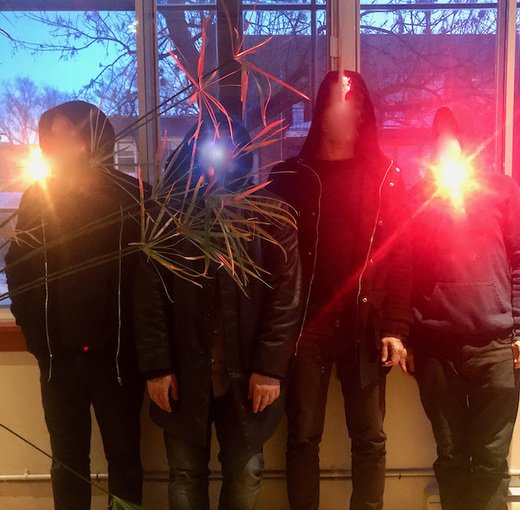 15 years after N’écoutez pas, Canadian band Fly Pan Am announced their return with a new album. They quietly reunited in late 2017 for purely artistic reasons (needless to say), to explore making new music together after more than a decade spent in pursuit of separate sonic adventures. C’est ça will be out on Spetember 20th via Constellation Records. We already shared “Distance Dealer”; “Bleeding Decay” is a new excerpt.

According to the press release, it is an album of renewed vitality and experimentation where rock structures underpinned by J.S. Truchy’s trademark rapid-fire bass and Félix Morel’s disciplined, ascetic drumming are submerged beneath waves of processed guitar by Roger Tellier-Craig and Jonathan Parant, with fluorescent noise treatments and sonic vandalisms wrought by all four.