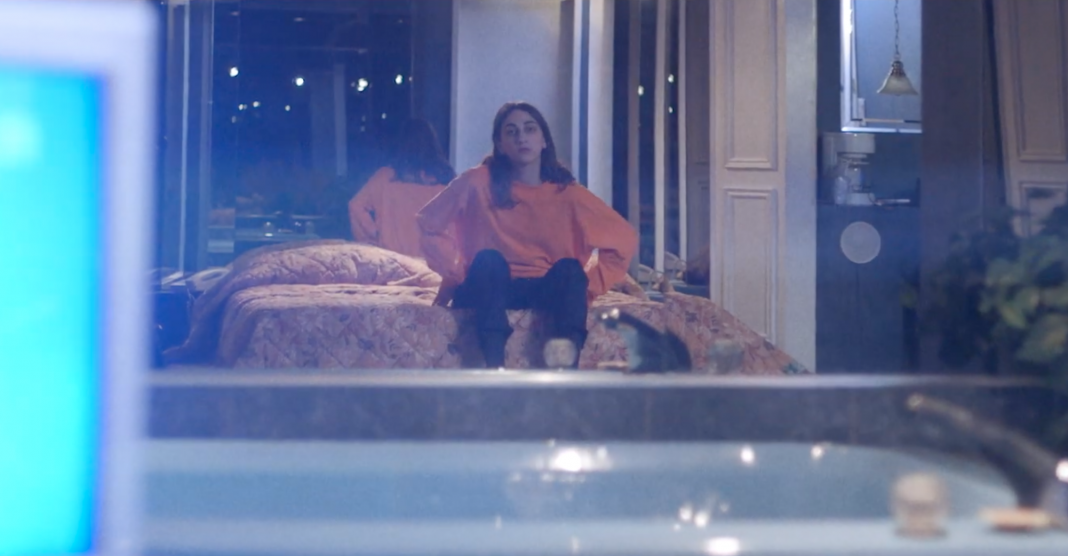 Common Holly is the project of the Canadian Montreal-based singer-songwriter and musician Brigitte Naggar. Two years after debut album Playing House, she announced the release of a new full-length. When I say to you Black Lightning is out on October 11th via Solitaire Recordings. “Central Booking” is the first excerpt. Watch the official video directed by Max Taeuschel & Aaliyeh Afshar.