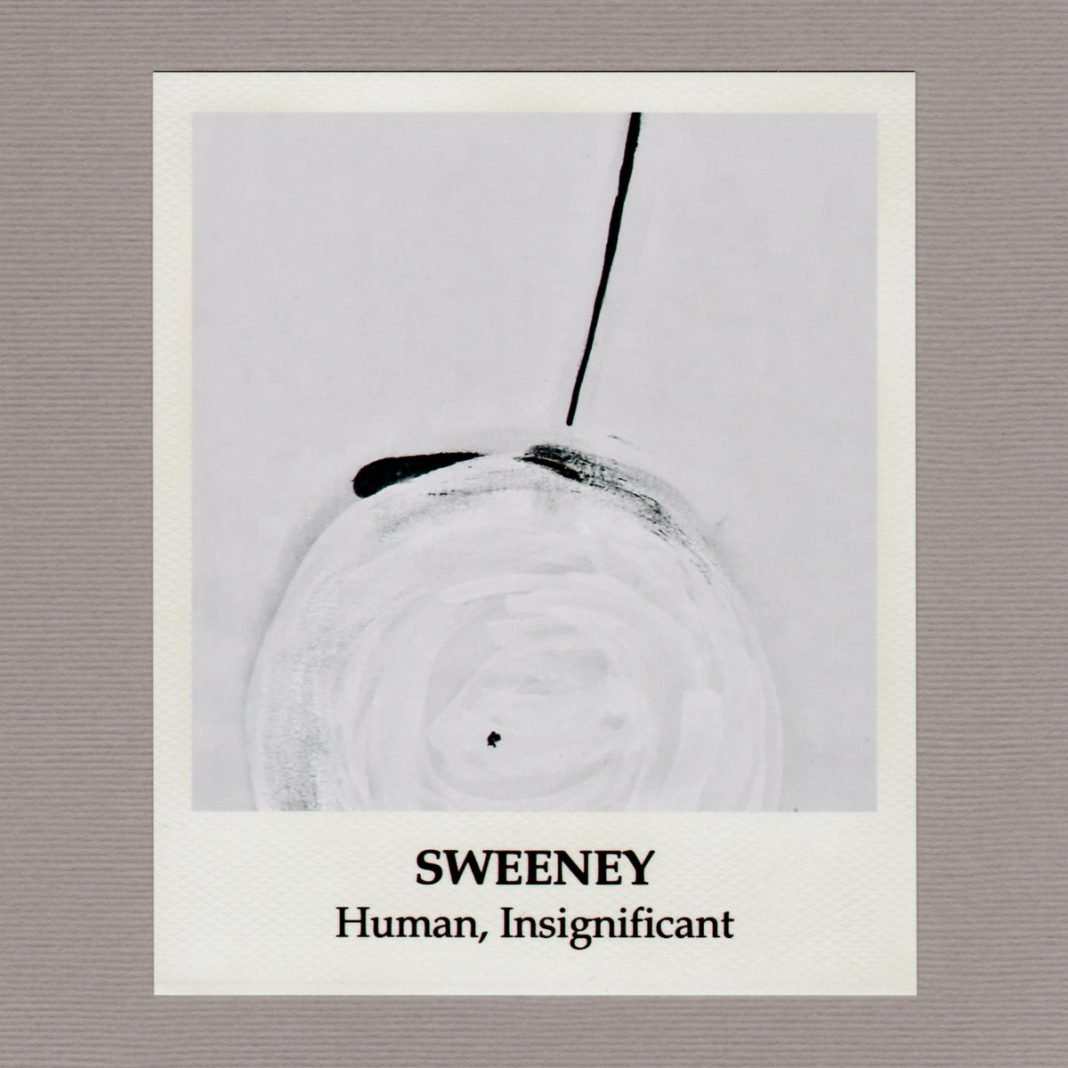 Sweeney is the side project of Adelaide-based musician and composer Jason Sweeney, also known as Panoptique Electrical. One year after Middle Ages, he’s back with a new album. Human, Insignificant is out now via sound in silence. According to the press release, it is a wonderful collection of eight new emotional songs about brokenness and fragility.

With a total duration of something more than 26 minutes, it’s a brief, quiet and melancholy album, written, recorded and produced by Sweeney with the help of his collaborators Zoë Barry and Jed Palmer who played and recorded cellos respectively. Centered on Sweeney’s fragile vocals and elegant piano melodies with the addition of string arrangements of cinematic cellos and layers of other odd sound artefacts and noises, Human, Insignificant perfectly merges songwriting, modern classical, evocative atmospheres and ambient soundscapes.