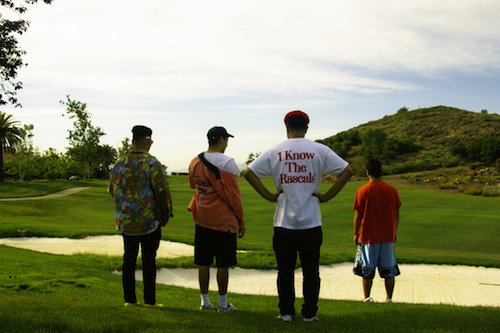 Facebook
Twitter
Google+
Pinterest
WhatsApp
Peach Tree Rascals are a Bay Area-based collective, who blend the sounds of alternative jazz, funk, and hip-hop. Comprised of producer/mixer Dominic “Dom” Pizano, rappers-singers Isaac Pech, Tarrek Abdel-Khaliq, Joseph Barros, and creative director Jorge Olazaba, the five-piece collective first met in high school in the Bay Area.
They’ve just dropped their new video and single for “Summa.” The group shares, “During this time of the year I’m always living carefree and all the other things on my mind go on hold. I always had this mindset of living out my youth while it lasts especially in the ‘Summa.'” Watch below.