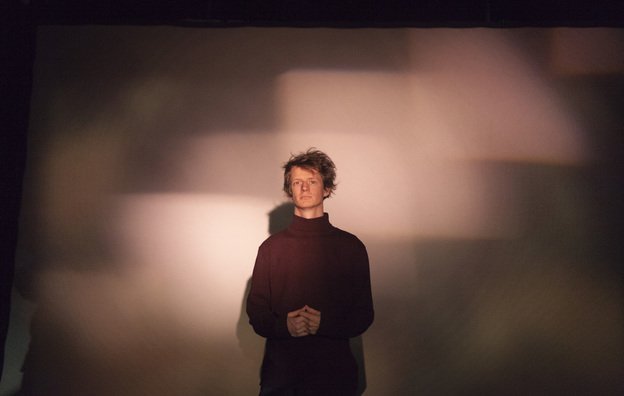 Two years after Selfless, Canadian musician and producer Joni Void (moniker of Jean Cousin, and also known as Johnny Ripper.) released a new album. Mise En Abyme is out on now via Constellation Records. As the press release reports, Mise En Abyme refers to the aesthetic technique of putting a copy within the work itself, a story within a story, as a metafunction that aims to reflect the object back onto the perceptual subject in an explicitly conceptual way.

Cousin also plays upon the literal etymology of the term – “placed into abyss” – invoking the recursive neuroses of identity and self-consciousness, the lacuna of seeing/being-seen and projection/introspection; the metaphoric standing between two mirrors, plunged into spatio-temporal disorientation through reflections multiplied to an impossibly infinite vanishing point.

Watch the new video for the track “Not-Dit“. It draws inspiration from Joni Void’s riveting live show while highlighting Stefan’s beautifully gauzy, dream-like visual aesthetic. In the artists’ own words: “The visual worlds of video artist Sonya Stefan and Joni Void collide for Mise En Abyme, as her experimental 16mm films meet the glass-effected projections from JV’s live performances, combined here to form a multi-layered “screen in a screen in a screen” music video for “Non-Dit.” Naomie de Lorimier (aka N NAO) prepares bouquets in a trance-like state, and performs vocal loops, while Sonya & Joni smudge the digital video with light-works and shots of flowers from two 16mm projectors, with crystals, glass and water placed in front.”