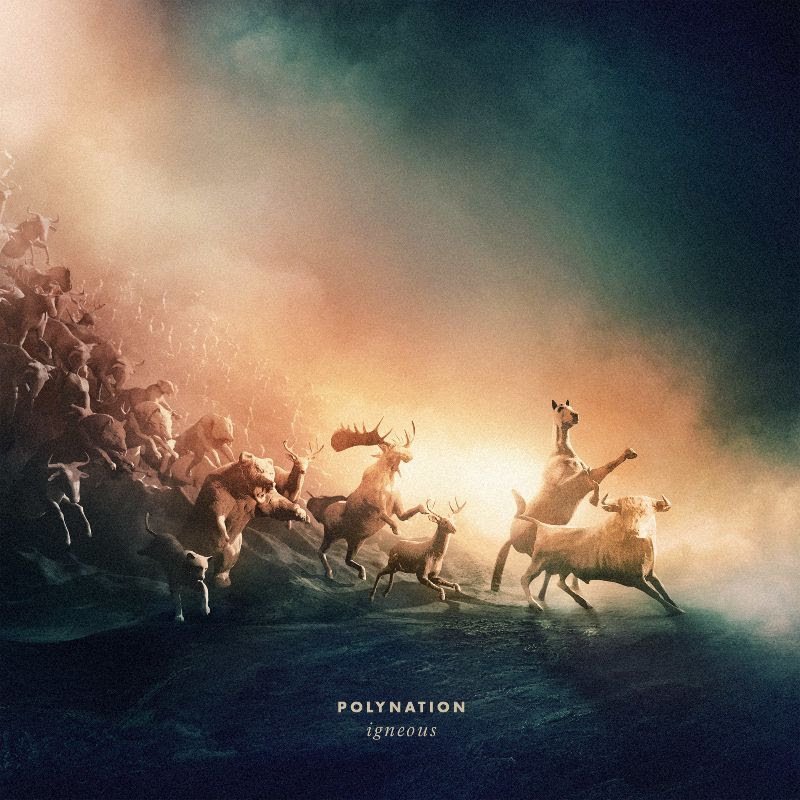 Polynation are the Dutch Amsterdam based duo that involve Hessel Stuut and Stijn Hosman. Following up on debut EP Allogamy, they released the first full-length. Igneous is out now via Dutch label Atomnation. According to the press release, Hosman and Stuut’s adventurous reciprocity of studio wizardry and live performance stretches across the peripheries of dance, ambient music, minimalism, and IDM. The two initially bonded over melancholic chord progressions played on vintage synths and expressive electronic music. In the years that followed Hosman and Stuut have developed Polynation into an immersive multi-sensory live experience, indulging as much in sheer impulse and crowd interaction as the more intricate, widescreen arrangements.

Across 10 tracks, Igneous fortifies Polynation’s ambition to mold sound – both acoustic and electronic – into a powerful narrative pulse. Expanding the course established on debut EP Allogamy, the duo was heavily inspired by both the unruliness and unblemished beauty of nature. As film composer and video artist respectively, Hosman and Stuut consolidated Igneous with some cogent visual elements.

Igneous became the product of two laborious years of studio tinkering. During these sessions, Hosman and Stuut were less preoccupied with translating their music to the stage, and more with letting their imagination and production values run rampant. Ranging from Kosmische majesty to more cavernous, nimble propulsions, Igneous is a kaleidoscopic aural journey, entertaining that strangely comforting notion of human-made structures surrendering their stark geometries to the unremitting blossom and decay of organic life.