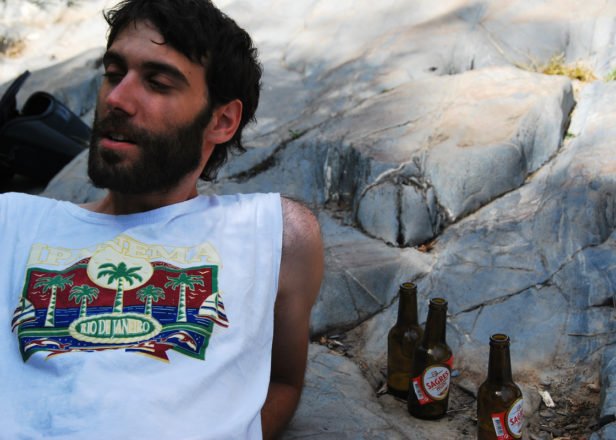 Ondness is the project of Portuguese producer Bruno Silva, better known for the collaborative project Sabre (with Carlos Nascimento) or solo as Serpente. He announced the release of a new album. Not Really Now Not Any More is out today via Lisbon-based Holuzam. Both the title and the contents of the album/mixtape have been inspired by the idea that we are constantly floating around unfinished ideas.

The title is taken from a graffiti that inspired Alan Garner to write “Red Shift” (Mark Fisher wrote about it in his book/essay “The Weird And the Eerie”). The typo and the idea around “not really now not any more” serves this album perfectly well. “Sam Gente” is the first excerpt which shows minimal electronic lines with industrial and ska vibes. Watch the official video below.