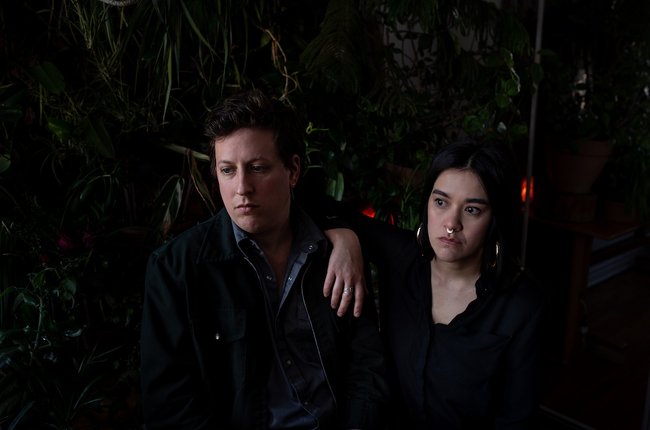 “How do we take very little and make something bigger than what we actually have?” vocalist and guitarist Robin Wattie explains further “the biggest challenge was to not do what is easiest. i.e. what we knew worked for the last albums or what is, for us, easy to write. With A Gaze Among Them, Mathieu and I put ourselves through the ringer – I did not want to do what seemed to me to be a ‘logical next step’ in what we could do musically. I wanted to go back to our original concepts and work from there – space, tension, minimalism and voice (finding melody and musicality in pieces that consist of one note for longer than ten minutes, for example) were the primary concentrations I wanted to push.”