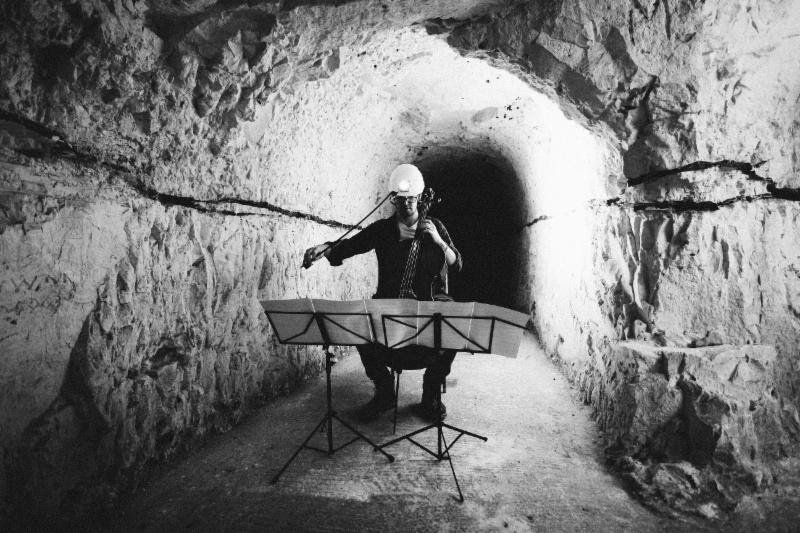 Three years after solo debut full-length Entanglement, British composer and musician Michael Price announced the release of a new album. Tender Symmetry is out on August 31st via Erased Tapes. “Shade of Dreams” is a new excerpt. Listen below.

The ambitious musical project takes in a series of iconic National Trust locations across the UK as its inspiration, turning them into unlikely recording spaces. Michael and a host of musicians and collaborators – including soprano Grace Davidson (featured on Max Richter’s Sleep) and Shards (the choir on Nils Frahm’s All Melody) – travelled across the country in pursuit of places far removed from the traditional recording studio to create seven unique and moving pieces, straddling the past and the future.

The diversity of Michael Price’s choices ranges from the ruins of Fountains Abbey in Yorkshire to the Fan Bay WWII shelter, cut deep into the chalk cliffs of Dover. All owned by the National Trust save one, each venue became both the inspiration and the recording studio for Michael Price and his accompaniment of renowned musical ensembles, choirs and soloists.
His words about it: “For Tender Symmetry, I stopped admiring and started participating in these buildings. This began as an exploration of writing and recording out in the world beyond the studio. I am interested in where we build our homes in an increasingly virtual world and the spirit of place we feel as we walk our local streets, our schools, temples and public spaces. Taking inspiration from a place, and the stories it told, then going back to that place to record, sometimes in less than ideal conditions, made the two-year adventure much more like shooting a film than making a record.“