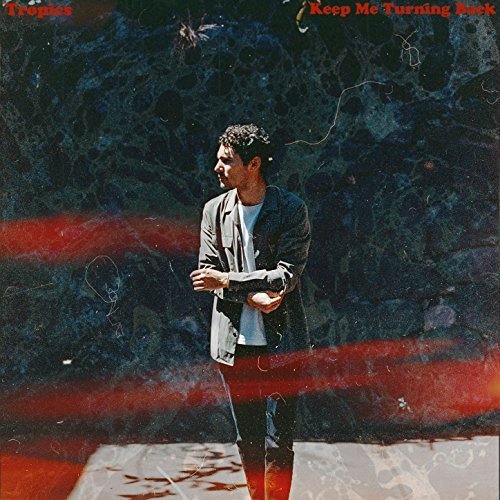 Tropics is the project of London-based producer and singer-songwriter Chris Ward. Three years after Rapture, he announced the release of a new album. Nocturnal Souls is out on June 20th via +FOUR. He explains: “It was a strange time and I was quite uninspired by anything electronic sounding. I was looking for a direction within worlds of music that I liked, I’d started listening to a lot of psych/psych-rock music and 60s/70s jazz and soundtrack stuff around that point“.

“Keep Me Turning Back” is a new excerpt co-produced and co-written with BADBADNOTGOOD. Discussing the collaboration, he says “The BADBADNOTGOOD guys sent me a jam they had recorded asking me to sing over it. It held all the inspiration I was looking for; very raw and away from the polished nature of Rapture. I got the feelings of a lost soundtrack to a David Lynch film and that excited me. I chopped about with the arrangement and wrote ‘Keep Me Turning Back’. It’s about being drawn to something that isn’t good for you. Toxic relationships, addictions, vices, whatever it may be that we know are unhealthy for us. At the time I definitely had a few of those things going on and felt hopeless about doing anything other than singing about it.”