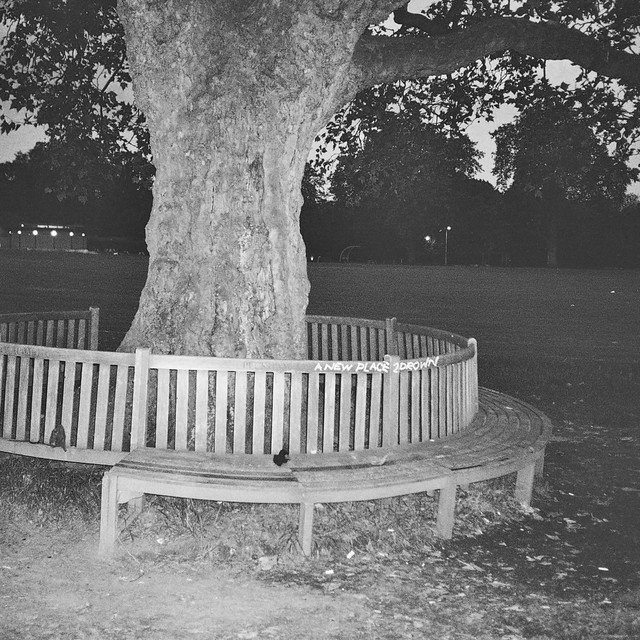 Seems like floating in a thick dark, gently cradling into the water, as in a dense morning dream, enveloped and dizzy. Noises from the outside world flash like neon wakes of pink and green, and suddenly pieces of sky appear in a flare. It’s somewhat cozy, though being mysterious and unknown in its depth, it’s apart and familiar, though being unprecedented.

After releasing 6 Feet Beneath The Moon as King Krule, Archy Marshall gives up his persona, along with his urge to speak out about those painful lacerations of life that twisted in his chest. What comes out of such a poetic effort is quite a long break, during which the Londoner seems to have retired to the comfort of his own safe place, being both his home and family, but above all his mind. The result is enchanting: in Archy’s own womb thoughts and fears dance in intimacy, swirling and chasing each other in an alternative universe, where the experiences of the outside world get blurred and smoothed in an ocean of calm. There’s no rage or aggression, but quiet acceptance of those things we cannot change. This album is a place for reflection, to give a new sense to the harsh reality.

And it’s not by chance that it feels like a fluid stream of consciousness: this project is intended as a whole new way of experiencing art, including three different means: a book contains poems and sketches of Archy and his brother Jack, illustrating their creative process, a documentary leads through their house and through the streets of South London, where the two have grown up, to capture inspirations and vibes from day-to-day life. The music is conceived as the soundtrack of this family story, and streams as smoothly as time does.

The words are proper poetry, crudely honest and sincere, at times brutal, straight from the deepest of realms; the music is more intimate, minimalistic, but intense and engaging, the voice comes from an inner place. The whole album’s poeticism revolves around ‘a new place to drown my sorrows and everything else‘, implying an intrinsic duplicity, due to the coexistence of the image of ‘drowning’, suffocating something to hide it deep down, and the ‘new’, which hints at a wide realm of possibilities. This new place seems to be the comfort of his own nest, where he can reflect on his weakness: Archy appears like he has driven away his own ghosts, less twisted and tormented by them, and now focused on his relationship world, how they can be messed up, when you still feel close to someone you can’t trust, when you wish you could live up to someone else’s expectations,  knowing though that you will inevitably fail, when you’re aware that people hurt and get hurt.

Archie doesn’t seem to have answers yet, but rather an ocean of doubts, that find some peace of mind though in the familiarity of his own intimate world.